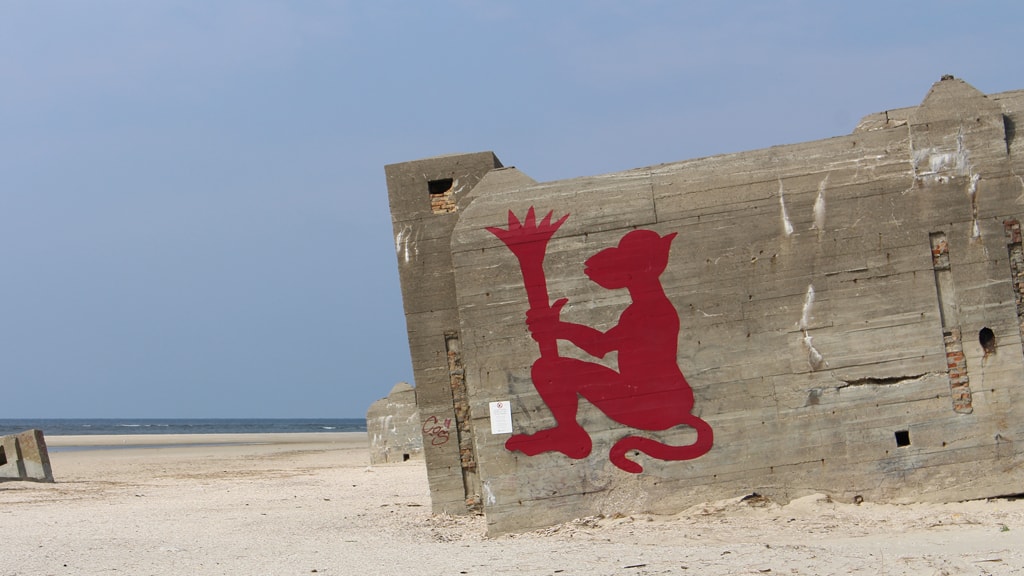 The Monkey as Artist

The two paintings on a concrete bunker north of Blåvandshuk are called ”The Monkey as Artist” and they portrait two red monkeys sitting, holding a paintbrush.

The two red monkeys with a brush were created in connection with an exhibition of 22 international artists ”The Line – The Light, Peace Sculpture” in 1995, marking the 50th anniversary of Liberation day, May 4th 1945. In this connection the more renowned ”Bunker Mules” were also created on the beach near Blåvand by British artist Bill Woodrow.

The late Jörg Immendorf is from Düsseldorf and was a prominent member of the artist group ”The Young and the Wild”; he became one of Germany’s most famous painters, nationwide and internationally. Besides Blåvand, Immendorf is also represented at Louisiana and the Kastrupgård-collection, furthermore he has exhibited at TATE Modern in London together with Bill Woodrow, who made the bunker mules.