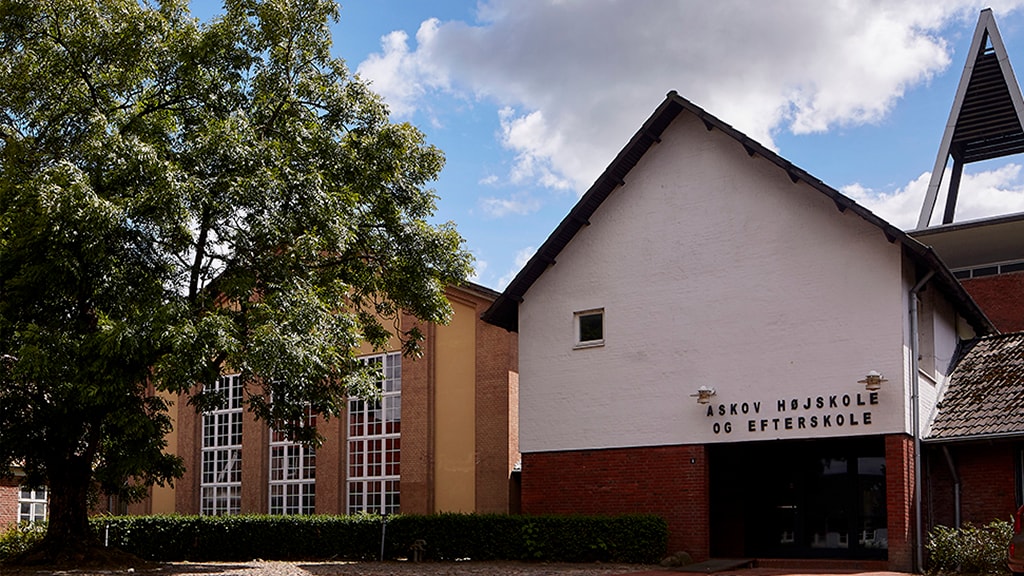 Askov Højskole (Askov Folk High School) is one of the nation’s first such schools. Here the civic traditions of Grundtvig still live on. The landmark heritage buildings are must-sees for visitors to the region.

History
After the Second Schleswig War in 1864, the new national border with Prussia followed the river of Kongeåen.
The teachers at the folk high school, which was founded in 1844, did not have the courage to continue their activities in what was then Prussian land. So the principal, Louis Schrøder, began to look for a suitable location north of the German border. The choice fell on Askov, which in 1865 opened a folk high school at 'Fengers hus'.

The school had great influence on the town’s development. Houses were built along the current main street, and shops opened to town. The school quickly gained a following and became one of the country’s most prestigious folk high schools.

Pay particular attention to the lecture hall, which has been pivotal in the history of the school.

Another building, 'Veum', is quite remarkable. Here in 1885, Jenny la Cour started a needlework school. Her School of Handicraft was for many years a pioneering institution devoted to handicraft. The school was known for its top-quality fabrics.

In the school park there is a very long, wavy brick wall. The idea for the wall was inspired by a similar structure at the University Of Michigan, USA. You are welcome to take a walk on the school premises.

Only visible from the outside