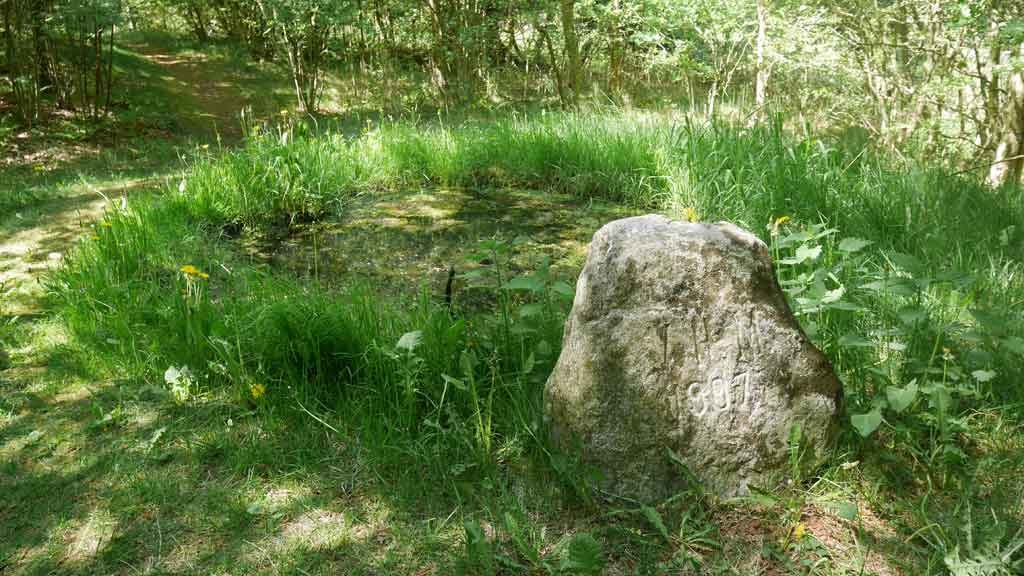 Explore the holy well in Asdal. The well is to be found in Lilleheden Klitplantage, which is a dune plantation close to Hirtshals.

You can find one of Denmark’s many holy wells, in Lilleheden Dune Plantation not far from Hirtshals. It is located a little south from the point where the Kjul Å (stream) crosses the road Lilleheden Skovvej. It is about 4 meters above the stream’s level and doesn’t overflow in wet periods! It is believed that there is a natural drain from the source just below the surface. The supply of water to the well is believed to come from underground aquifers.

According to legend a Dutch ship stranded one night at the Kjul coastline, and the lord of Asdalgård, legendary figure Karl Sausage, and his men attacked the survivors of the shipwreck to get hands on the ship's cargo. But the Dutch rendered apparently more resistance than Karl Sausage had waited so it was the fierce fighting in which Karl sausage horse was stuck in its chest and bled a lot. He rode quickly to the source and washed the wound and it stooped bleeding! But the misdeeds let the well to lose its force.
Fortunately it later regained its old force and became a very popular holy well.