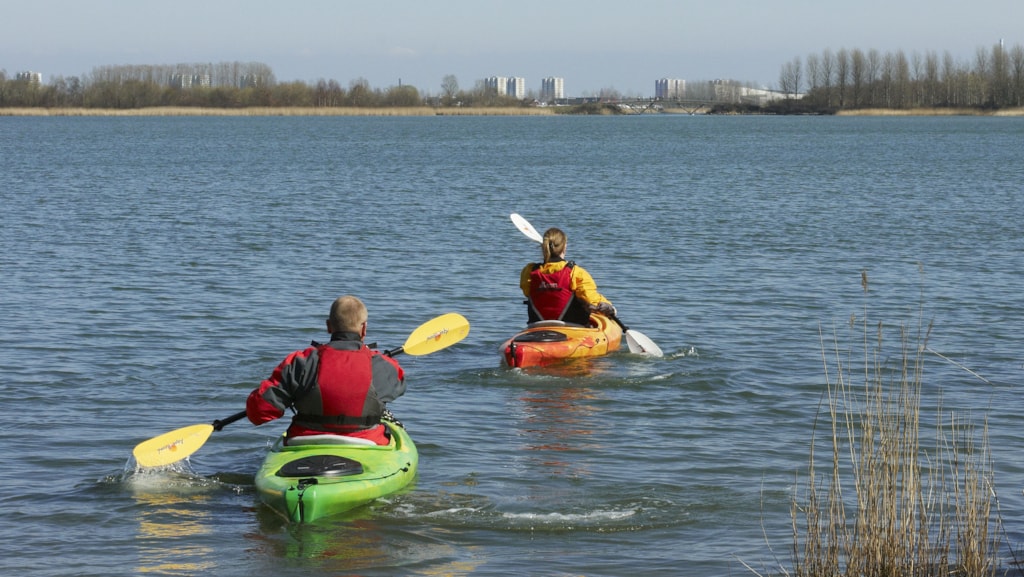 The long islands along the shallow coastal water were formed as a natural process. However, nature received a helping hand when more than one million cubic metres of sand were pumped from the bay. The salt meadows behind the recreational areas are grazed by cows, and in this way they maintain the open nature.

The area is home to the green toad which is an internationally protected species.