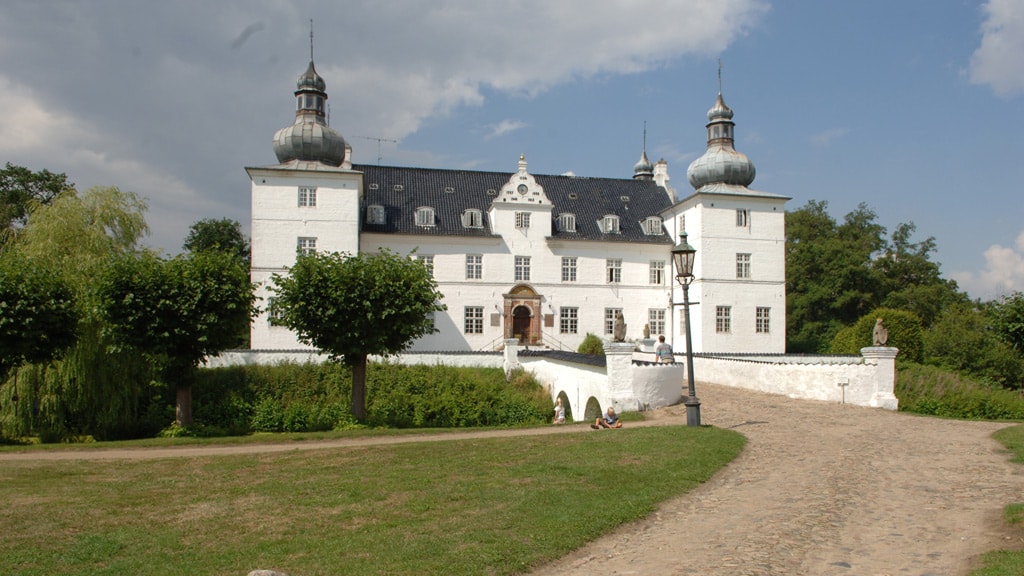 Photo: VisitVejle
Attractions
Parks and gardens
The Renaissance Engelsholm Castle is beautifully situated on the banks of Engelsholm Lake surrounded by forest and park. The castle was inaugurated in 1593 and the castle park was probably originally landscaped as a herb and rose garden by Knud Brahe in the years to follow.
Adresse

The Engelsholm Castle Park has since been re-designed by Gerhard de Lichtenberg in 1737 as a Baroque garden with symmetrical flowerbeds, lawns and ponds, pollarded trees, pruned shrubs and terrain features such as ramparts and garden stairways. In the late 19th century, the parkland closest to the castle was landscaped in the Romantic style by H.A. Flindt.

Today, the park covers 6 hectares. A large part of the original estate was subdivided for construction in 1934. Engelsholm forest and lake today belong to the Randbøl State Forest District and comprise a total of 151 hectares, of which the lake makes up approx. 44 hectares. Fields and meadow cover approx. 30 acres, the rest is forest.

The main features of the Engelsholm Castle Park are the terraces with pollarded trees and the moat. Furthermore, the castle is surrounded by a moat that borders a large lake, which is unique for Engelsholm. Today, the castle serves as a folk high school and is managed by the not-for-profit institution Engelsholm Højskole.

As part of a Realdania campaign, the park in 2008 underwent a major renovation. The park is open to the public year-round.