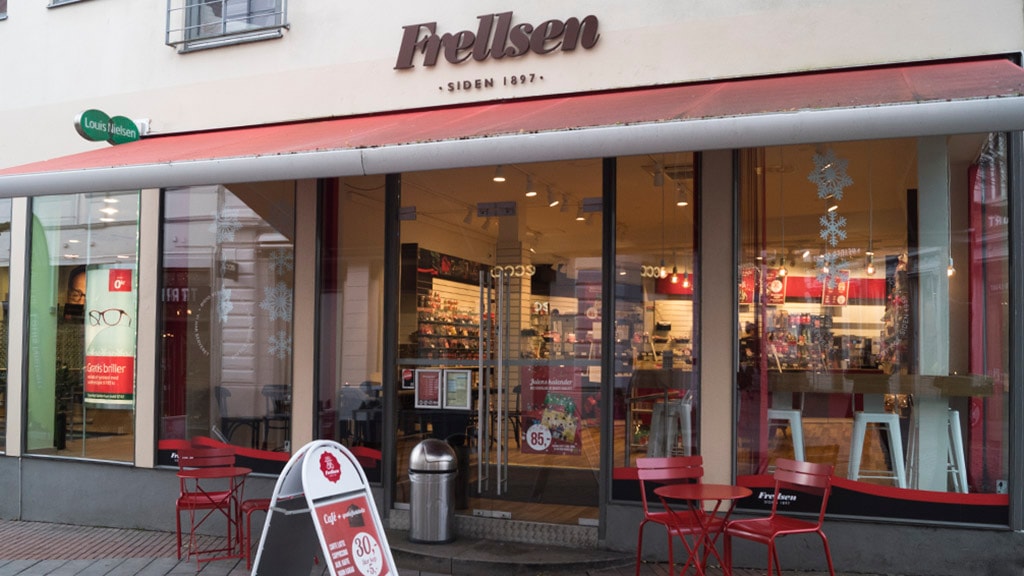 Frellsen is a Danish company founded in 1897 by Julius Muldorff Frellsen. Today the company’s management is the fourth generation of the Frellsen family and operates from Roskilde on Zealand, where it also has its production facilities.
The production has evolved through the years from producing candy to coffee and chocolate. Today Frellsen specializes in producing coffee, quality chocolate, the Danish speciality called “flødeboller”and much more. Especially “flødeboller”, which could be called cream puffs covered in chocolate, are a favorite among many of Frellsen’s customers. They are produced several times every week to make sure that the stores always have fresh ones/ “Flødeboller”. The products are sold through Frellsen’s own stores all over Denmark.
The Frellsen store in Kolding opened in 1956 by the second generation of the Frellsen family. In 2014 it moved to a bigger location where it has been placed ever since.