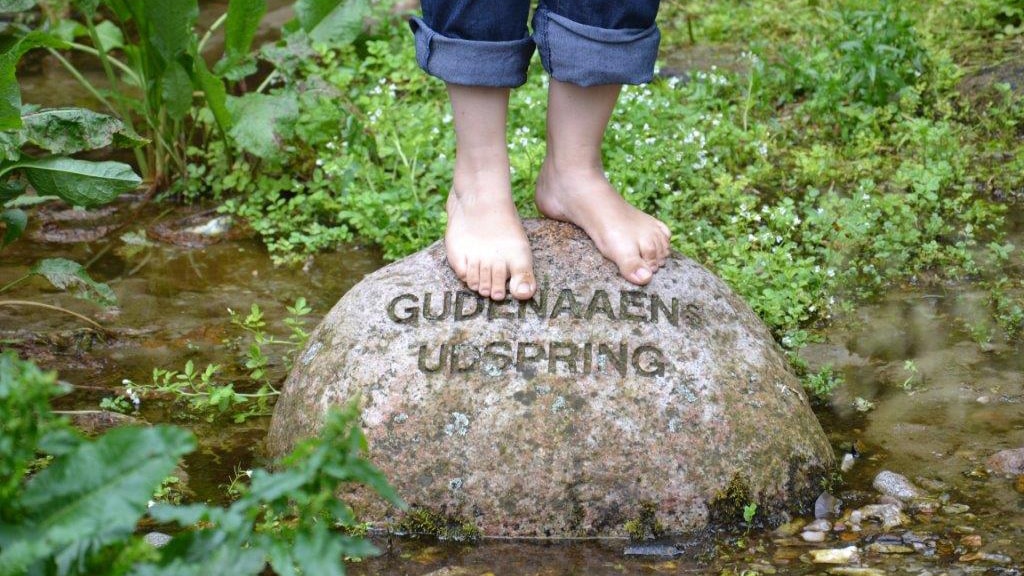 Gudenå River is with its 160 kilometers Denmark's longest river. The river originates in Tinnet Crate northwest of Tørring and has its outlet in Randers Fjord.

On its way to the Randers Fjord the river has several major entrances, among others: Mattrup Å, Salten Å, Found Å, Gjern Å and Nørreå. The Gudenå river also runs through several larger lakes including Mossø, Gudensø, Julsø, Borre Lake, Silkeborg Langsø and the artificial man made lake Tange Sø.

Gudenå River is one of Jutland's natural pearls and attracts a large group of tourists each year. It is possibility to canoe all the way from Tørring to the outlet of Randers Fjord. In addition, it is possible to sail with motor and sail driven boats on parts of the Gudenå River, which is home to more than 80 plant species, of which 44 aquatic species.On the popular stretch of the Gudenå from Tørring to Mossø, a limited number of sailing permits from 16 June to 31 December during the period 8-18 ensure that the environment and wildlife are taken into account for future generations.
On the route from Tørring to Klostermølle (ie Gudenåen to Mossø), the voyage must be registered either as rental sailing, resident sailing or guest sailing. A maximum of 50 guest numbers are sold per week and you must use 1 pc. per vessel. Read more here