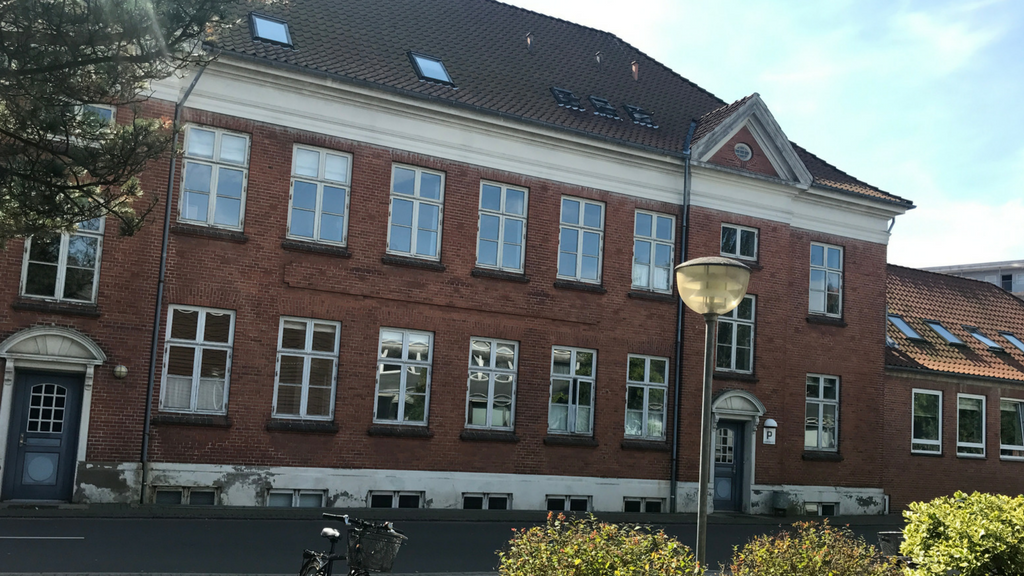 Holstebro grew - and so did the number of sick people, so the small hospital in Vestergade was not enough at all. The county council decided in 1892 that a brand new hospital be built here. The famous Viborg architect, Claudius August Wiinholt, designed the house.

Wiinholt's hospital was completed in 1895. The hospital cost DKK 79,500 to build and there was room for 301 patients. It was one of Denmark's most modern hospitals with gas and water, so hygiene was at the top of the standards of the time.

The building was on one floor with high basement plus a central part to the north on 2 floors. One can distinguish the original on the semi-circular arches with cement decoration over the windows. Everything else is newer.

Historicism is called the style in which everything good from European architecture mixes. In this case, very restrained and with memories of the Northern Italian Renaissance. But very, very Danish.

A local newspaper was really impressed. "... the finely carved granite staircases leading up to the floors, as well as the beautiful terazzo floors in corridors and corridors attract attention. These floors are made by enrolled Italians, made up of cement, which is stamped with shards of various colored marble, but also very easy to clean and disinfect ".

Everything soon became too small, and in 1914 the second floor of the Wiinholt building was completely upgraded - it provided 10 extra beds, and in 1925-28 there was an extension to 120-150 patients. It was architect Helge Bojsen-Møller who built for 1,360,000 kr. The main wing was extended at both ends and 3 transverse wings in 3 floors were added so that it all took the form of a large E. (Source: Here was once - Henrik Hoffmeyer)