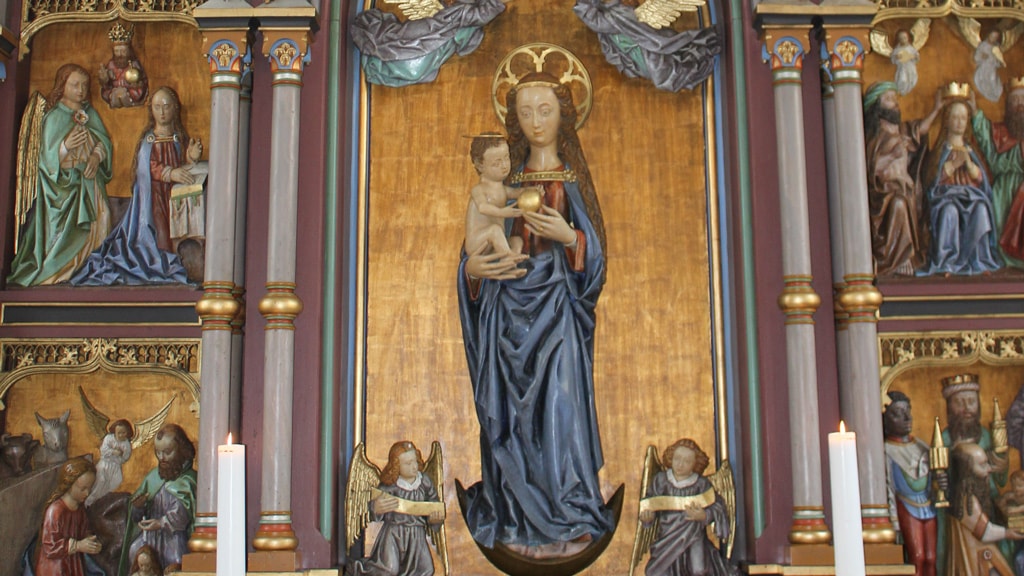 In the Middle Ages a hospital was place where they received cripples, sick, old and poor, that is, people who could not fend for themselves.

In the church there is a Gothic altarpiece from the late Middle Ages. Hospital church bell is something special. It is medieval, that is, it comes from some abandoned church. It has no inscriptions, but the shape indicate that it has been for some time in 1300.