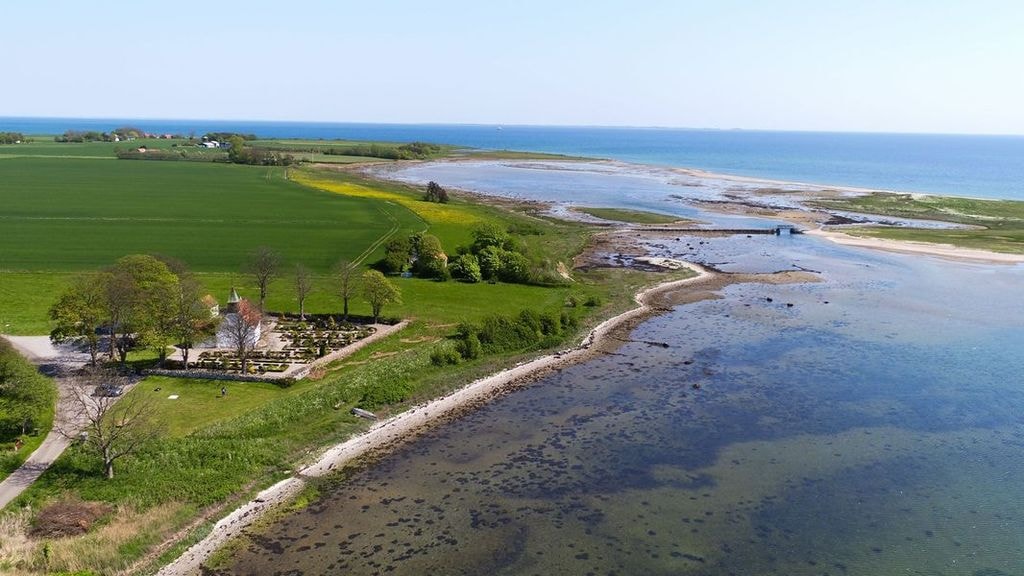 The legend of how Hjarnø was named

After King Frode Fredegods death, in the 5th century, the danes were left without an heir to the throne. They mistakenly thought that Frode’s son Fridlev was dead in Russia and therefore found it reasonable to choose the person who could make a poem for glorification of Frode to be king.
The poet Hjarne made a glorious memorial and the danes crowned him king and gave him the throne for an epitaph.
After some time however Fridlev returned to claim the throne. He encouraged Hjarne to hand over the kingdom or meet him in battle. Hjarne defended his throne in battle but lost and fleed to Jutland. Here, he gathered another army and attacked Fridlev again, but all his men were slain and Hjarne fleed to the island, which carries his name today.
Disguised as a saltmaker, Hjarne seeked out Fridlev once again to kill him. Hjarne was recognized and had to meet Fridlev in a duel. Fridlev killed Hjarne and buried him in a barrow that was later named after him. Folklore also says that it is King Hjarne who is buried with his army in the stone ships.

BONUS-INFO: The name Hjarnø in reality has nothing to do with King Hjarne, but instead comes from the old Danish “Hiarni”, which means terrain elevation.