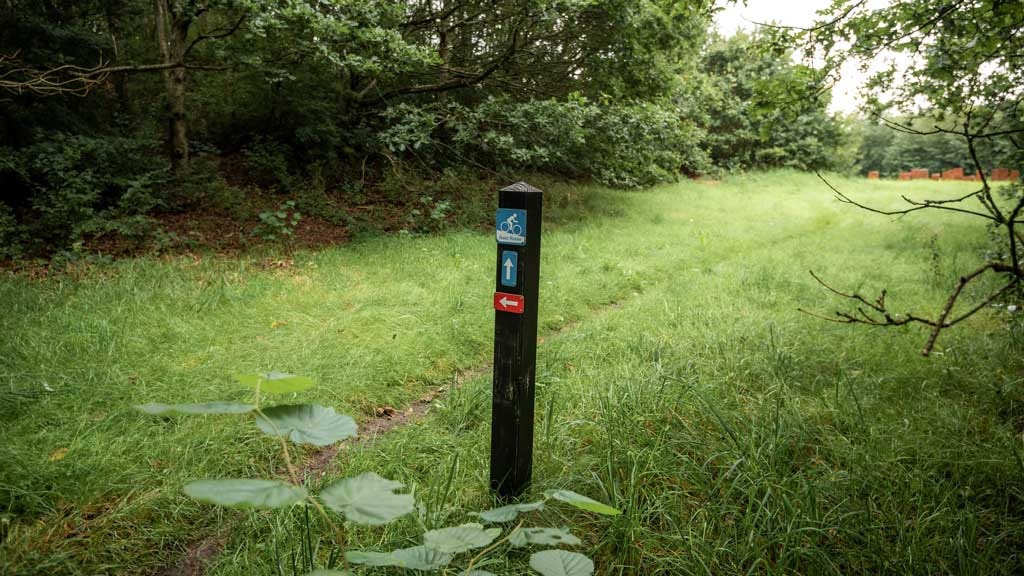 The mountain bike trail is 28.5 km long and offers a combination of nature- and city paths. Although it's called Mountainbikerute, you can also ride a normal bike here.

The route leads through the green areas, natural areas and forests of the city - see the map at the bottom of the page.

The route allows you to take the bike and drive directly from the city. The route is designed for a normal workout that is favored by a whole range of users, as this non-mandatory form of training is better suited to a busy everyday life.

Whom is this route suitable for? The bike path is a combination of land and city. Ikast has many contiguous green areas, so the route is easily accessible and safe, as it only crosses roads in some places. The route has a distance of 28.5 km and offers something for all ages and can be used by anyone regardless of the experience with a mountain bike (or a normal bike). The simple route is marked in blue with blue markings. Difficult passages are marked with red marks. It is possible to follow the route without the use of maps even for guests who do not know the route.

All traffic on the mountain bike track is at your own risk and unforeseen obstacles may occur.

"Hotspots" - it is possible to lengthen and shorten the route, depending on your time and desire, as the route is very urban along the entire route. There are several hot spots on the track where you can combine the bike with other forms of exercise - such as outdoor fitness and swimming, as the route passes both the swimming center and the exercise equipment at Frisenborg Park.

On the route, it is forbidden to bike on forest ground outside the track, on the stone walls and the burial mounds. Cycling in these places destroys the forest and its ancient monuments. The rules for cycling in the forest are set by the Nature Conservation Act.

According to the traffic rules, the speed must be adapted to the circumstances, especially with regard to the safety of others. It places special demands on places where the view is poor or the surface is loose and slippery. The regular speed limit also applies to the mountain bike route.

Please do not change the direction or difficulty of the route. Try to drive the route as planned.

If you ride the mountain bike route:

Background of the organization The municipality of Ikast-Brande, in cooperation with Ikast Athletics and Motion (IAM) and the Ikast sports schools (ISI), has set up an urban mountain bike route in Ikast and surroundings. ISI and IAM helped to organize and establish the route. The Tuborg Foundation and the Outdoor Council have financially supported the establishment of the cycling route.

There will be a dialogue between IAM, ISI and the community on the route so that it can evolve with multiple obstacles and trays.