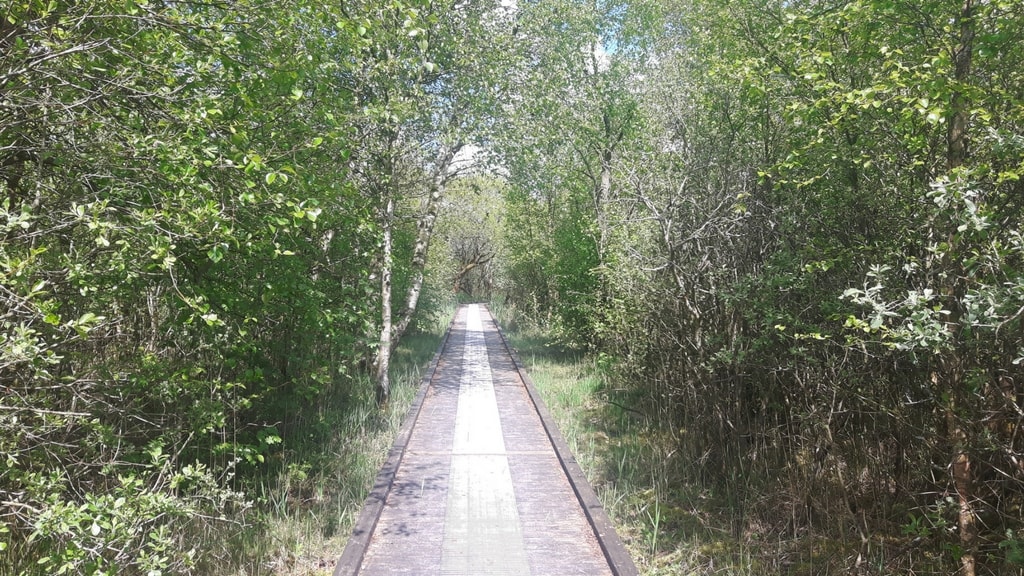 The main residence line and Oldtidsvejen hit the south end of Stubbergård Sø, which together with Flyndersø make up the easternmost of the four large tunnel valleys in Geopark West Jutland.

Get an appetite for the food by taking a walk on the Mosestien (1.7 km) or a trip to the ruins of Stubber Monastery (2.3 km). The Mosesty passes "Æ swårt hus" which is an old ridge list.

On a small peninsula on the western shore of Stubbergården lies the ruins of Stubber Kloster. The monastery belonged in the Middle Ages under the Benedictine Order and was, until the Reformation, a major power factor in the region.

Just north of the abbey ruin you can see the remains of a sheepfold and sheepfold, which travelers on the old north highway used when they stopped for the night. The area also houses a rich bird population, and if you are lucky you can hear rumen and maybe see an osprey or otter.