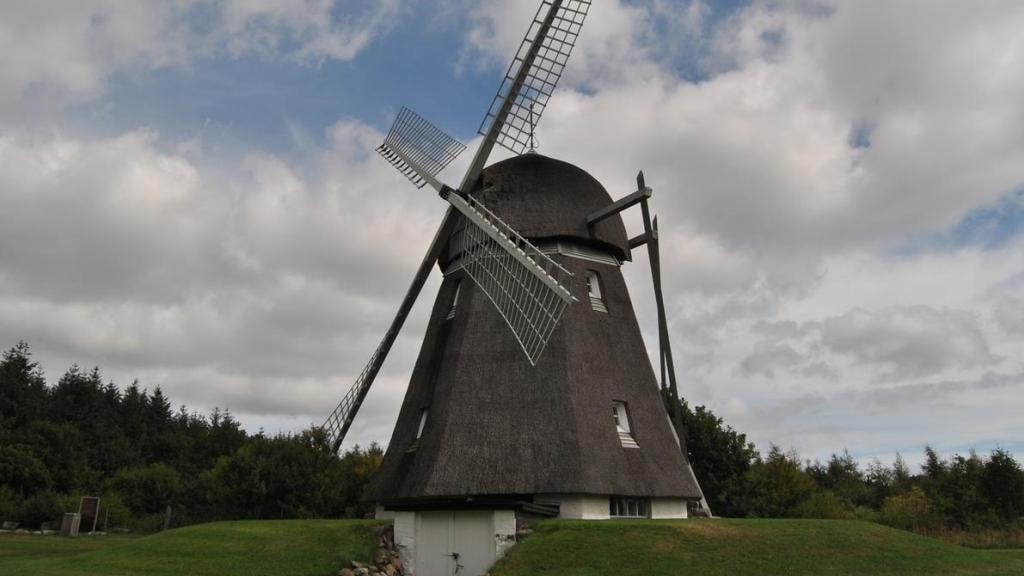 Oxholm Mill on Øland will not be opened to the public this summer due to the corona situation. Of course, it is still possible to enjoy the sight of the mill and have a picnic on the bench sets outside.

Mill, a so-called Dutch windmill, was built in 1857, placed on top of a hill in open landscape, and sailors often used the mills of landmarks.

It originally had a reed/heather-tatched roof and the top, to wicch the arms are fastened, could be turned up against the wind.

Only at calm or at gale the work had to be stopped, which was quite disastrous if holiday seasons were near. Early 1900 farmers were enabled to install small mills of their own, which made milling unprofitable, and Oxholm Mill closed down in 1914.

11th October, 2004 was the day of disaster for Oxholm Mill. It burned down in just a few minutes, and the original interior was lost. In the meantime, the former Brovst Municipality had taken over the ownership of the mill, and insurance money covered the present reconstruction.