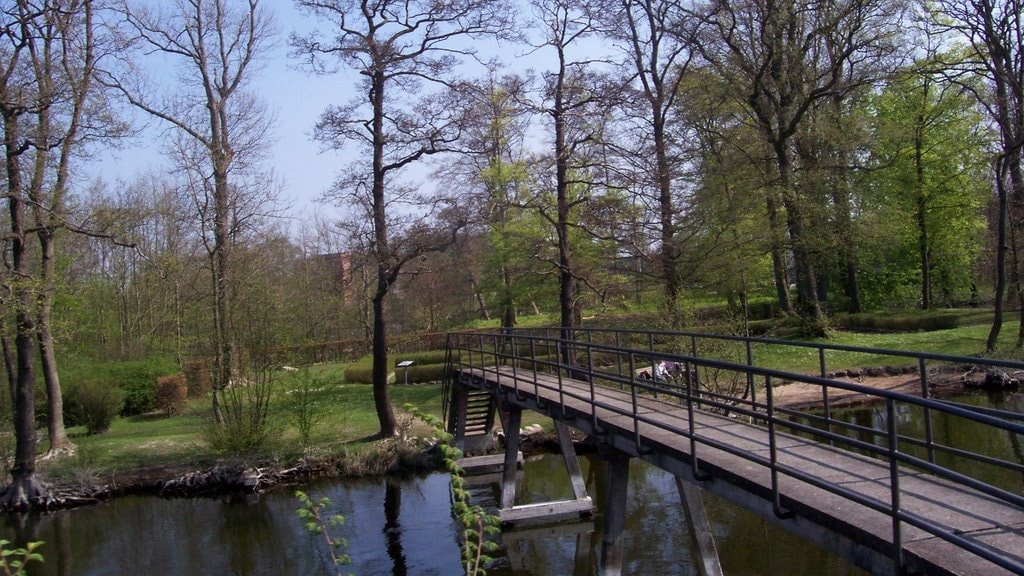 The Ruins of Silkeborg Castle

Silkeborg’s oldest history relates to Silkeborg Slot, a castle which stood at Slotsholmen, north-east of Silkeborg’s modern-day town centre, where the River Gudenå runs into Lake Silkeborg Langsø The first Silkeborg Castle, a primitive wooden building surrounded by palisades, was built in 1385. It was later replaced by a stone building, and again in the early 16th century by a main building in stone, a courtyard and a stable yard.

Silkeborg Castle received royal visits on several occasions. Both Frederik II and Christian IV were regular overnight guests in the main building “Det Store Stenhus” (the great stone house), during hunting trips and the like in Central Jutland. The castle was badly damaged during the Swedish wars in the 17th century, when Silkeborg was occupied by Swedish troops, who ravaged the castle buildings, no fewer than three times. Having been in a state of disrepair for years, the last remains of the castle were demolished in 1726.

Today, the layout of both the main building and the courtyard is marked by embankments. There is access to the area via a bridge across the River Gudenå at Lake Silkeborg Langsø and from the Papirfabrikken area.

On the picture you see a model of what the castle in Silkeborg used to look like. It was recreated for a short period of time during the summer of 2017, but has now again been taken down.