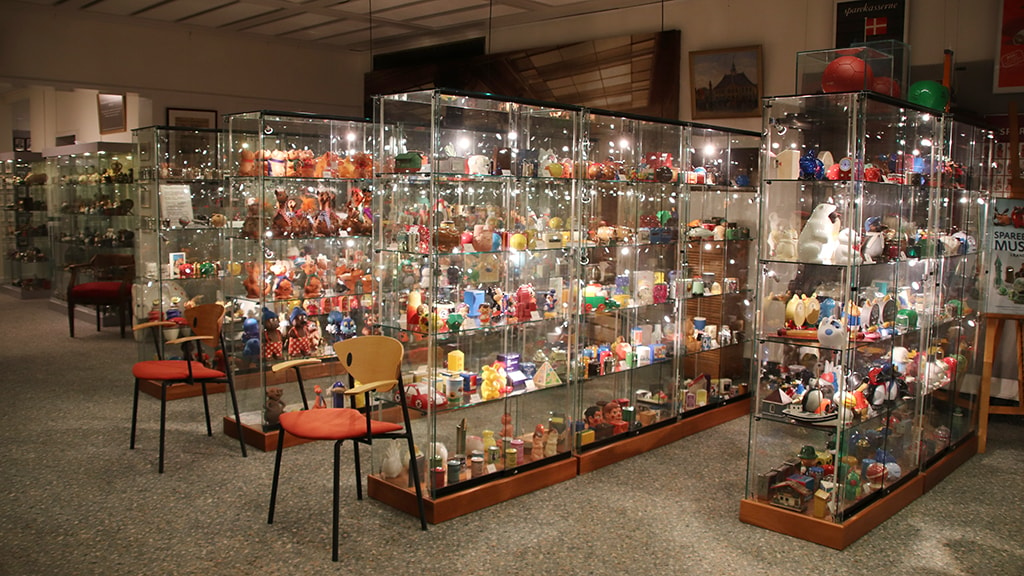 The only money box museum in Denmark is in Randers. The collection features many of the most common types of savings banks used in Danish homes through the years in the shapes of pigs, teddy bears, birds and a variety of other animals.

The museum provides a fascinating glimpse into the history of savings banks featuring the most common types. Many of these would have been given to children as gifts, and given that the usual way to open them was to smash them, it 's amazing that so many have survived.

Take a wander through displays featuring animals and all sorts of other shapes and types. There are 3.500 exhibits, some of them dating right back to the 17th century.

The collection was expanded significantly in 2004 when a large and very rare collection was donated by the former scout museum at Klarskovgaard, near Korser, where Danish banks had a shared museum which has now been closed down.