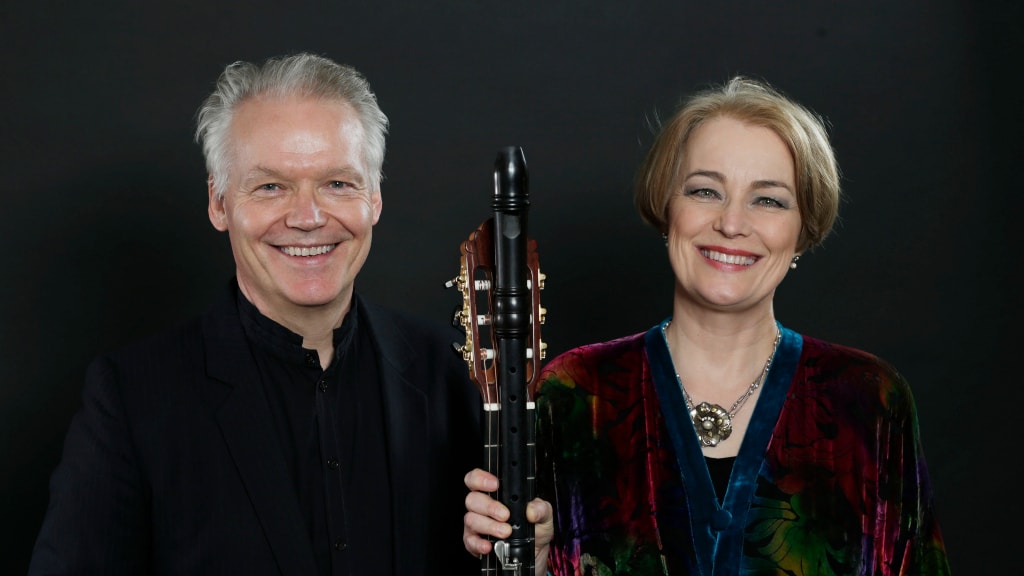 It is with pride and gratitude that the Søbygaard concerts welcome Michala Petri and Lars Hannibal to Ærø.

Michala Petri's career from prodigy to one of the absolute first ladies of classical music cannot be accommodated in this modest program; she has given the recorder a renaissance it has not experienced since the instrument's heyday in the Baroque, and with its incredible virtuosity, she has put the concert halls of the world at her feet.

Together with Michala Petri, guitarist Lars Hannibal has released a wealth of CDs - most recently with his own compositions and arrangements of well-known and beloved Danish songs.

Together they now come to Ærø with a program that alternates between music by Bach and the Renaissance composer John Dowland and Danish songs and pieces composed by Lars Hannibal. The program has alternating weight and lightness - and is an alternating mix of familiar and new, of virtuosity and simplicity.