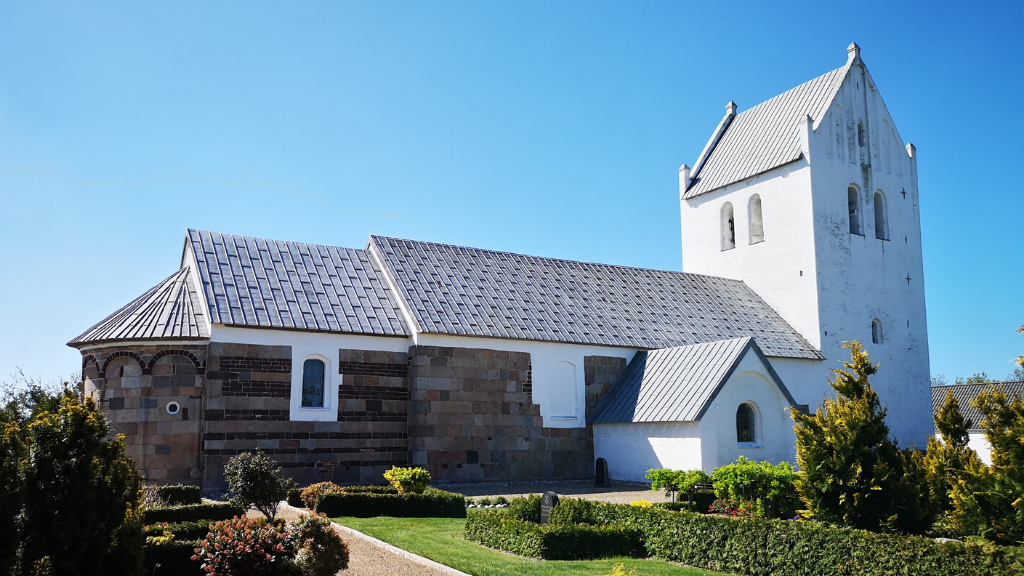 The Staby Church in West Jutland, is boasting many fine architectural details, dates back to the Middle Ages. It has a Romanesque chancel, apse, and nave.

The Staby Church was built around 1200 from red sandstone and hewn granite. The red sandstone consists of meltwater sand bonded together with iron compounds which give the stones their rust-red colour. Red sandstone is easy to work with and has been used to build several churches in Denmark. The combination of red sandstone and the lighter coloured granite gives the walls of Staby Church its own unique sheen.

The stone-carver also dabbled with sculpturing, such as the roundness of the chancel with its fine architectural details in the form of a quatrefoil opening.

During a storm in 1719 two house ends fell down, after which the steeple got its present shape. Facing south there is a Gothic mortuary (earlier porch).

The apse is sumptuously decorated, five half columns separate the wall in six round arches. As porch they use the steeple-room.