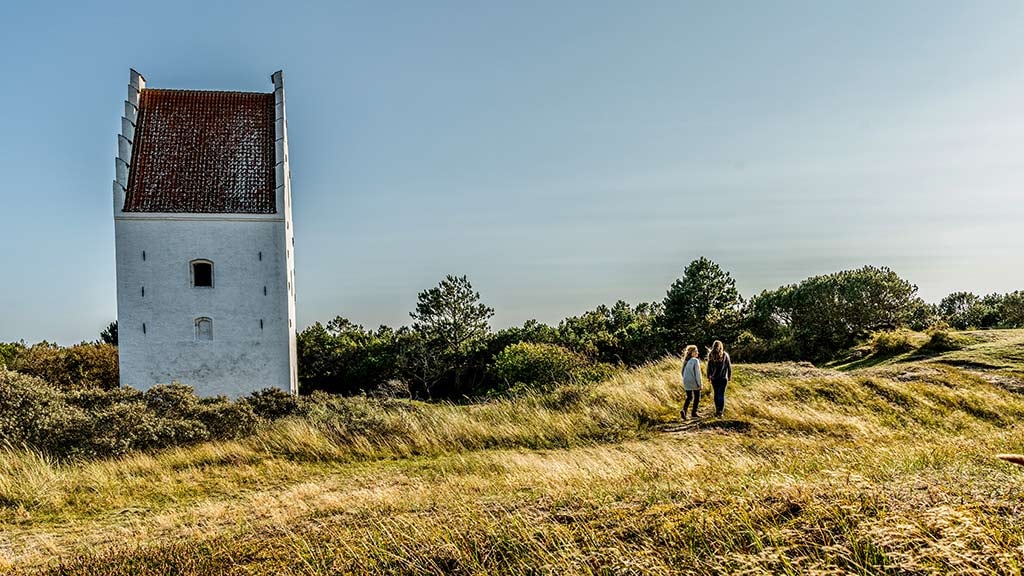 The church, which bears the name of Sct. Laurentii, Saint Laurence, the seafarer's guardian saint, was probably built in the second half of the 14th century and was, at that time, the largest church in the region of Vendsyssel.

Sand migration began in the 16th century and reached the church at the end of the 18th century. The congregation had to dig their way into the church when they wanted to attend services.

The struggle against the sand continued until 1795 when the church was closed by royal decree.

Today only the tower of the ancient church is visible.