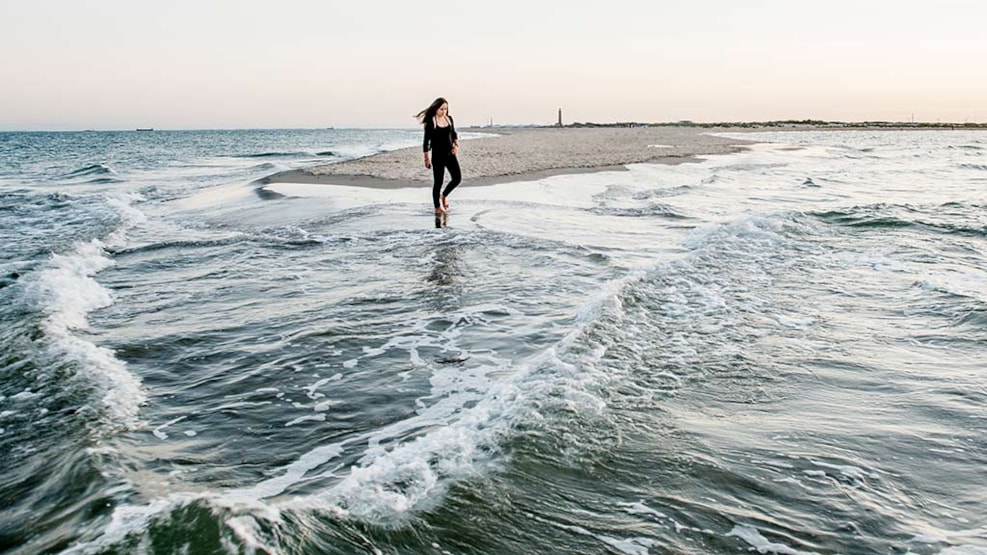 Grenen is Denmark's northernmost point and a unique natural phenomenon, it is where the two seas Skagerak and Kattegat meet, and the waves culminate with each other.

It is a fascinating experience to stand on the tip of Jutland and watch the waves from the two seas merge and break over Skagen's Rev. This fascinating tourist attraction, is a spit formation consisting of deposited sand and gravel carried along by the strong currents; and over the last 100 years, this barrier has increased its length by 1 km. The large beach area furthest out on Grenen, is constantly moving, and there is frequently occurring lagoons – attracting both playful children and adults, as well as waders (birds). Due to the strong and extremely dangerous currents, bathing is strictly prohibited. At the southern part of Grenen, a compass demonstrates that Grenen actually points towards east.

The landscape around Grenen is a protected nature reserve and home to a rich wildlife: here the seals sunbathe on the beach and tourists can get very close. It is also the area in Denmark where most bird species can be observed, notably birds of prey in the spring. You have a good opportunity to explore the nature away from the tourist flow, which is from the car park to the tip of Grenen itself.

You can follow one of “Grenensporets” routes and learn more about both the nature and history of the area. From the car park at Grenen, there are four hiking trails, one of which is made suitable for bicycles, wheelchairs and prams. The paths take you around to all the sights of Grenen.

From the car park, you can drive with Sandormen (Sandworm) all the way to the tip of Grenen, from Easter to week 43. "Sandormen" has driven tourists to Grenen in over 50 years and has become part of its history.