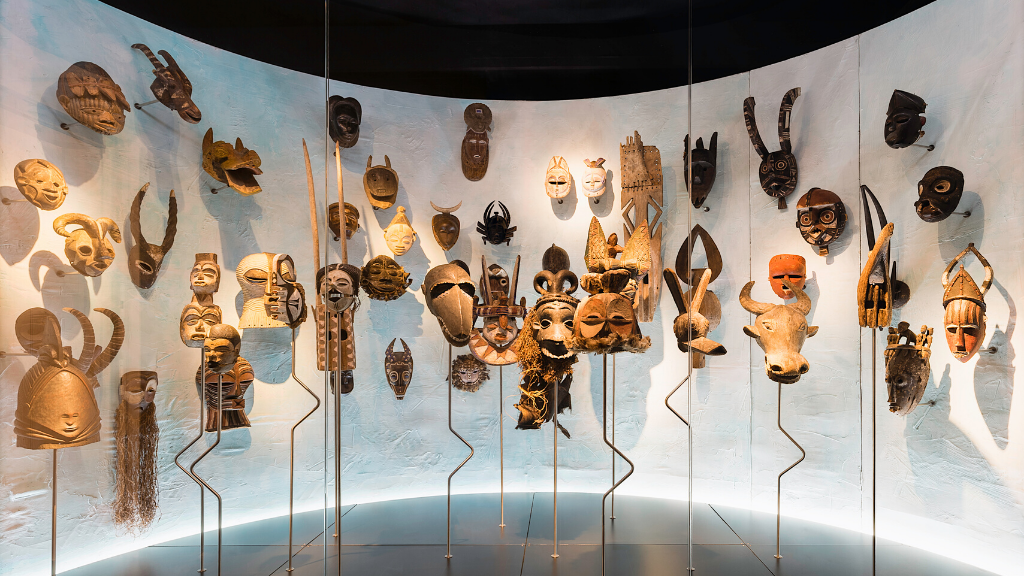 Photo: VisitHolstebro
Attractions
Museums
World Art and Art from all over the world. Special exhibitions and collections of Danish and international arts and crafts from the 20th century, contemporary art. As well as collections of traditional art from non-western cultures. Among the main attractions of the museum are Henry Heerup, 'Cobra' artists, John Olsen's marvelous 'Wonder Chamber' and Tal R. The museum is housed in a museum complex consisting of a 1906 mansion villa and a modern museum building from 1981, expanded with the 'Færch Wing' in 2011, designed by architect Hanne Kjærholm and furniture by Poul Kjærholm.
Adresse

Holstebro Art Museum shows world art and art from all over the world. The collection consists of three areas that illuminate each other: Danish and international arts and crafts from around 1930 onwards, European modernism and art from non-European peoples and civilizations. The foundation of the latter is a large collection of African art, donated by sculptor Poul Holm Olsen in 1977 and subsequently supplemented with pre-Columbian pottery as well as traditional art from Bali, Peru and Southeast Asia.

Holstebro Art Museum is housed in an exciting museum complex that unites old and new. The museum opened in 1967 in an old mansion villa in a Baroque-inspired palace style by architect and royal building inspector Andreas Clemmensen. The museum was expanded in 1981 with a modern extension by Hanne Kjærholm, who also drew the Færch wing from 2011, which among other things. forms a framework for the museum's changing special exhibitions. The art museum is furnished with furniture by Poul Kjærholm.

Holstebro Art Museum's prominent forecourt is created by visual artist Martin Erik Andersen. The artistic ornamental coating, in its visual design, is based on the staple mosaics of Ibrahim Agha al-Mustahfizan's mausoleum in the Aqsunqur Mosque in Cairo, and Astrid Noack's main work, the 1939 sculpture Anna Ancher, forms the centerpiece of the square.

The Holstebro Art Museum thus tells about art as a universal phenomenon, which at the same time expresses a living tradition with shared values ​​across time and place.

On the museum's website you can find out about exhibitions, artists and activities.