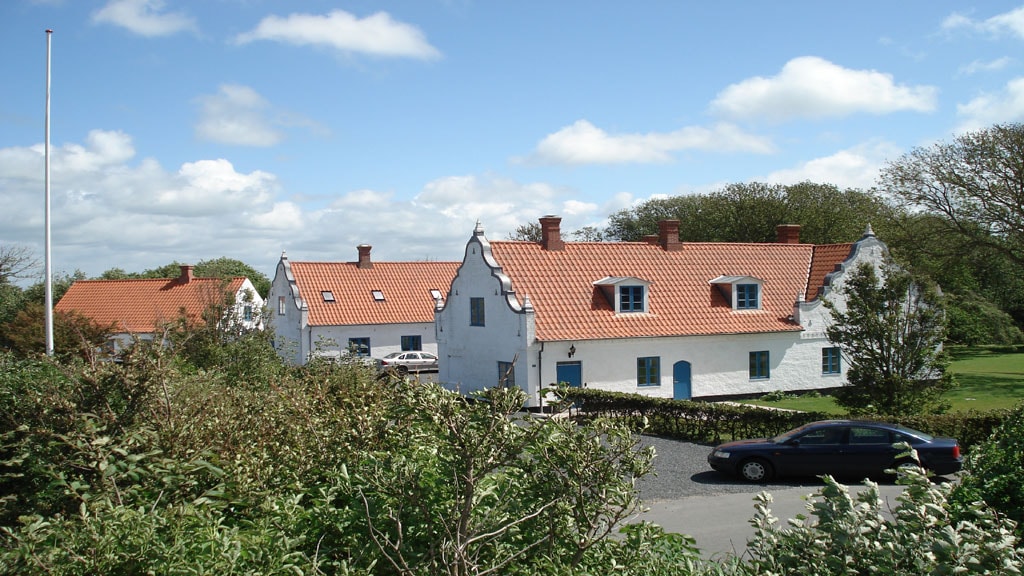 Hostrup manor house is from 1742, and since then it has been a private home. Until 2007 it was driven as a traditional farm with dairy cows. However, in 2007 the owners decided to restructure the running of the house, as they wanted a more environmental friendly operation, as well as the option to include the main house in the running as well. Afterwards the main house has been restored, and nowadays it can host approximately 100 quests and have 22 double rooms. 10 of these double rooms are located at the first floor, and each of them have their own colour and unique atmosphere. Additionally, each of the room is named after one of the famous Danish writers around the Limfjord, for instance Jeppe Aakjær, Sten Steensen Blicher, and Johannes V. Jensen.

Only visible from the outside