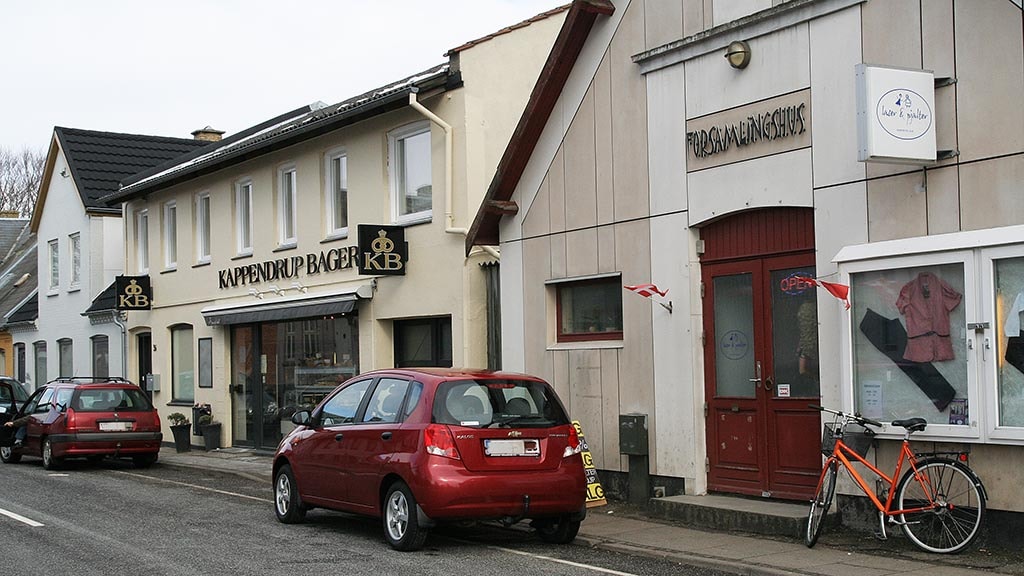 Photo: Ole Grost
Attractions
Buildings and townscapes
The former railway town of Kappendrup on the stretch between Bogense and Odense has existed since ancient times, and today there are still many traces of the past ...
Adresse

People have lived around Kappendrup for millennia. On the fields around the town, you can see the evidence in the large number of burial mounds. Behind Kappendrup 59, you can find Kappendrup Church, which has nothing to do with a church, but which are the remains of a long barrow. Alongside there are remnants of a chambered tomb without the cover.

The name Kappendrup is probably from the Viking Age or early Middle Ages. It is put together by the male name Kabbi and the ending -drup. The ending -drup comes from the word torp, which means a small new town.

Kappendrup’s present appearance is dominated by being a former station town.

The train station, which, like the other station buildings on the line, is designed by architect N.P.C. Holsøe, has been preserved today at Kappendrup 45A near the Kappendrup town square. Around the train station, the town grew with villas and businesses - often both in the same building. Today you can still see the former inn "Kro" on the building Kappendrup 26.

In Kappendrup, the town square is worth a visit, with a playground for the kids and exercise equipment for the grown-ups.