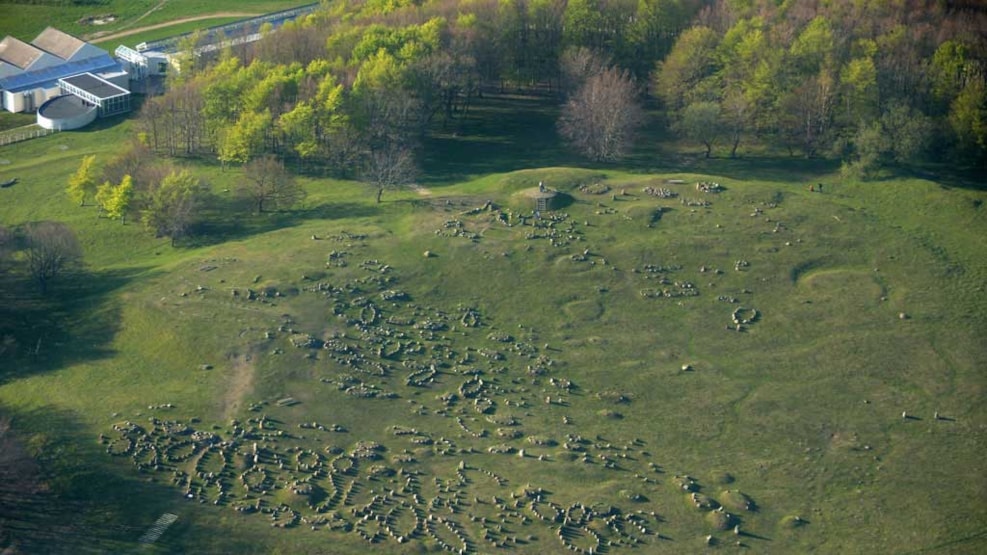 At Lindholm Høje archaeologists have found several burial sites and settlements originating from both the Germanic Iron Age and the Viking Age, both of which are two very important eras in Danish history.

Due to sand drift, the burial site was covered completely by sand in the year AD 1000, preserving the stone markings and a newly-ploughed field, much to the delight of archaeologist and visitors at Lindholm Høje. Because of its great historic value and captivating museum exhibitions, Lindholm Høje was prominently featured on Culture Trip's list of 20 Unmissable Attractions in Denmark in 2017.

At Lindholm Høje, you will see one of Scandinavia’s best preserved Viking findings – dug out from a thick layer of sand which has kept the secrets of Lindholm Høje for thousands of years.

Lindholm Høje exhibits burial sites from both the Germanic Iron Age and the Viking Age. A total of 682 graves and 150 stone ships have been found on the site. North of the burial site was a village where remains of houses, fences and wells have been discovered.

The area was severely troubled by sand drift, and around the year 1000, the sand completely covered the burial site, thereby preserving the stone circles as well as a freshly ploughed field, which can now be investigated by archaeologists and visitors at Lindholm Høje. Many of the discovered prehistoric findings are displayed at the Lindholm Høje Museum.

At the Lindholm Høje Museum you will find exhibitions that bring the history of the area to life. Displaying various recovered relics, you will be introduced to the ways of the Vikings through magnificent reconstructions, panoramas, illustrations and 3D animations. Experience how the inhabitants of Lindholm kept cattle, worked the field, built and decorated their houses, cooked, wove and traded.

One of the many stories told at the Lindholm Høje Museum is that of the mysterious and tragic fire that struck a farm near Nørre Tranders more than 2000 years ago. Archaeologists, fire technicians and forensics have taken on the task of uncovering whether the fire was an accident or arson.