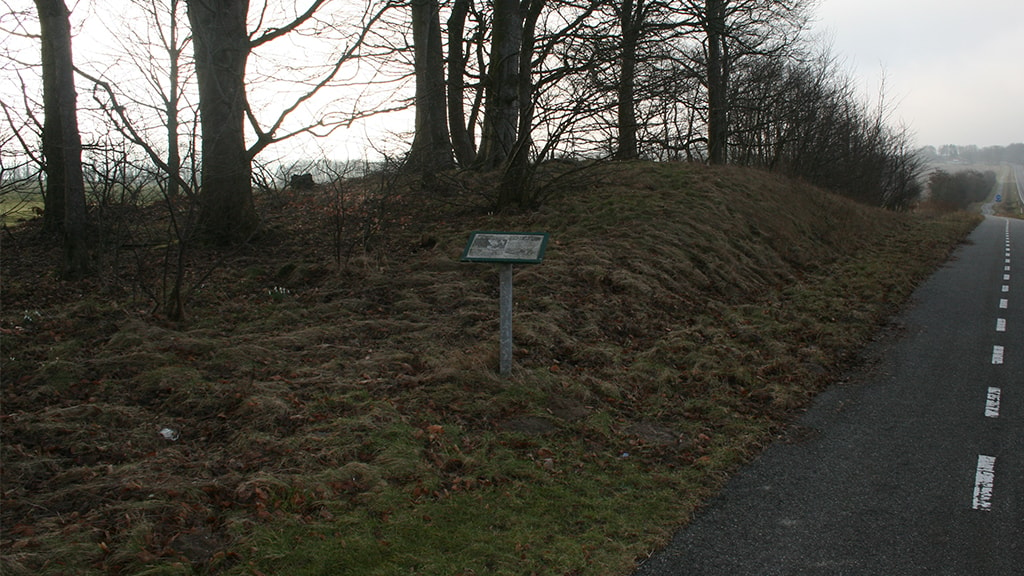 Just south of Asbo and east of Vejen by the section of the Ancient Road that runs between Bække and Læborg lies an ancient barrow called Mannehøj. The barrow was originally about 24 meters in diameter and nearly 2 meters high. Extensions of the road and construction of the bicycle path has halved the barrow in recent times.

Mannehøj is the vestiges of a Bronze Age barrow and there are also traces from the Neolithic Age in the form of furrows made with an ard, an early kind of plough.

Mannehøj was first excavated by the then landowner in 1902, and a bronze sword and a spiral ring of gold were found, which are currently held at the National Museum of Denmark. The ring was found deep in the centre of the mound. The barrow contained a central tomb, which was surrounded by large boulders.