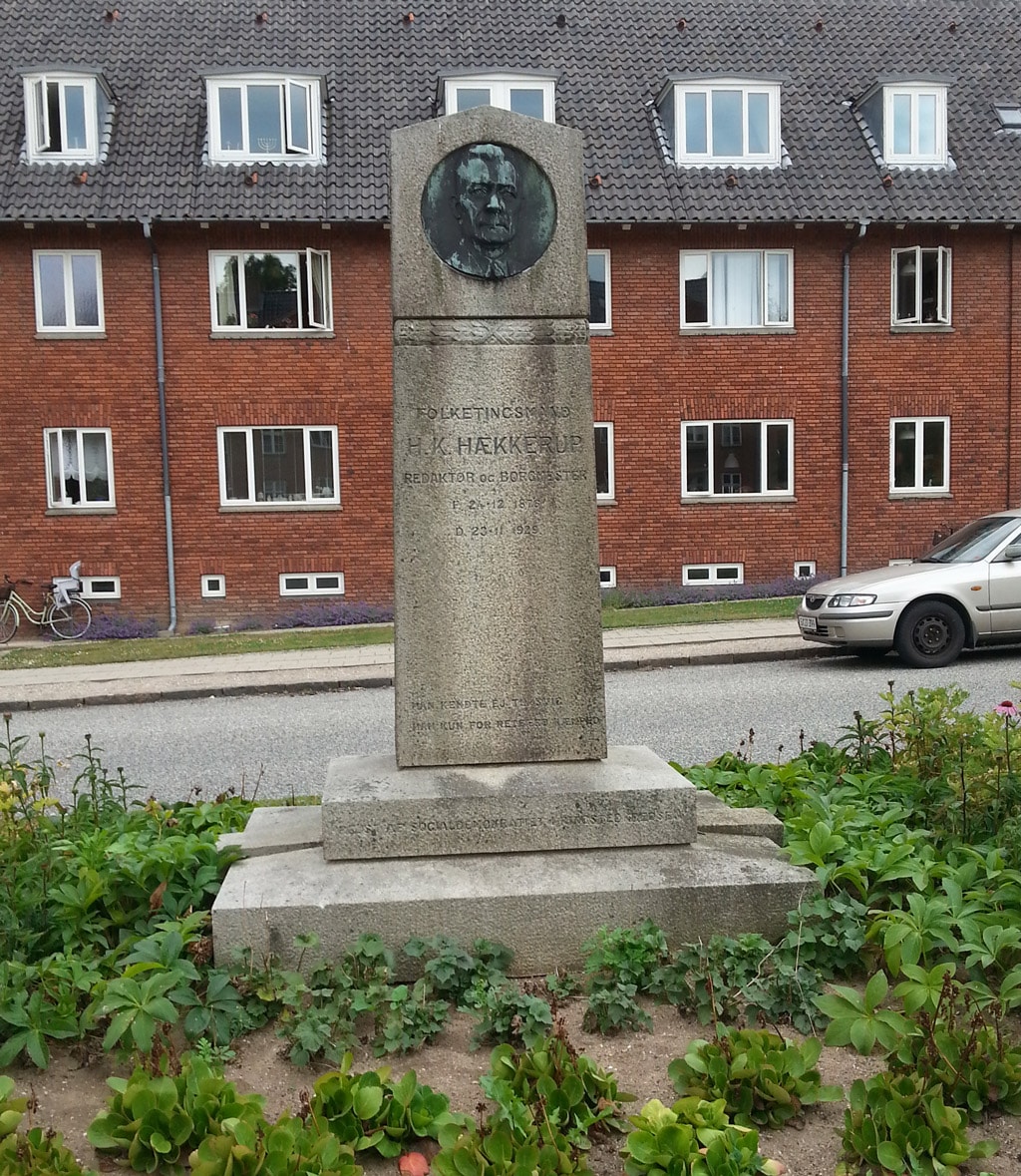 Memorial Stone for Member of the Parliament (Folketing) H. K. Hækkerup. The Stone was raised where Ringsted Monastery's yard was until approx. 1920, now Hækkerupsvej.

The stone and relief was made by the sculptor Svenstrup.

Hækkerup was the editor to Mid Sealand’s Social Democratic newspaper in Ringsted from 1907, he became  Member of the City Council in 1913 and from 1928 Mayor, but died already the year after in January 1929.

From 1920 he was elected Member of the Parliament.