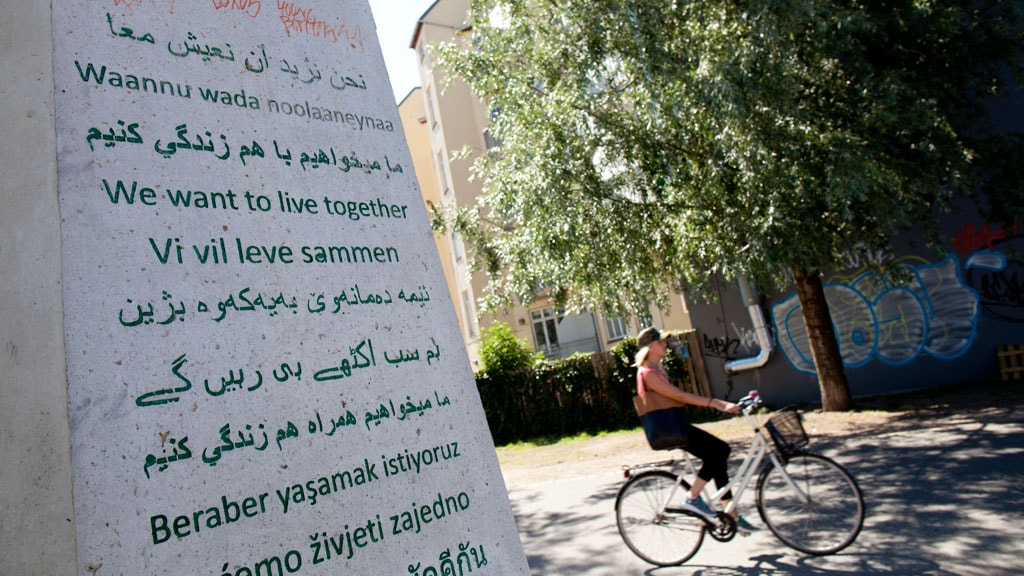 Vibrant, colourful, casual and young at heart. Over the last couple of decades Nørrebro, also known as Copenhagen N, has evolved from being a working-class area into one of Copenhagen’s hottest quarters.

And the area has not lost its edge – it is still diverse, colourful and hip with a multicultural mix and an influx of young locals. Here you will find trendy bars and fashionable designer shops next door to dodgy dive bars and cheap kebab places. If you are into small design shops, head for the streets Elmegade or Jægersborggade, and if you like antiques, Ravnsborggade street is the place to go.

At Assistens Cemetery you can visit the graves of famous Danes, such as fairy tale writer Hans Christian Andersen and philosopher Søren Kirkegaard. Do like the Nørrebro locals and relax in the cemetery park or get active at architectural Superkilen urban park.

At Sankt Hans Torv square and the streets surrounding it you have several choices for dinner, such as the only Thai Michelin restaurant in the world, Kiin Kiin. Nørrebro is a great place for going out for drinks and boasts a lot of cocktail bars, such as The Barking Dog, GILT or Oak Room, which was the city’s first real cocktail bar. End the night at popular nightclub Rust or music venue Stengade for underground, alternative rock, indie music and upcoming bands.