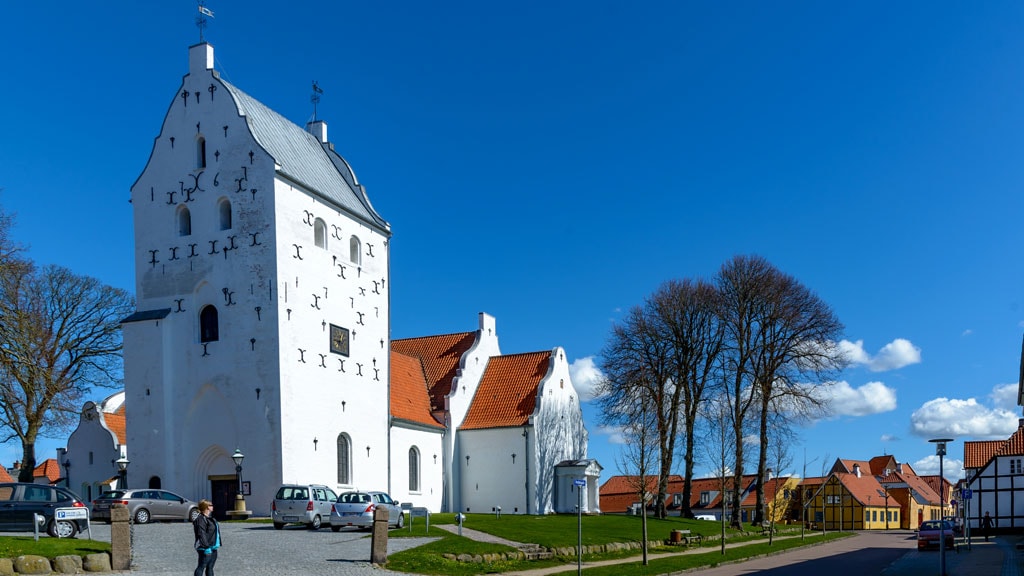 Photo: Aage Møller
Attractions
Churches
St. Catherine’s Church Placed in the center of Hjørring and dedicated to the Holy Catherine of Alexandra, who was beheaded by the Emperor Maxentius in 307, because she would not abjure her Christian faith.
Adresse

As early as in the early Middle Ages the citizens of Hjørring made her the patron saint of the town and placed her picture in the town arms.

In the course of time St. Catherine’s Church has undergone numerous conversions and extensions. The original medieval church is the transept of the existing church. To be judged from traces in the front it has been a late Romanesque brick building, belonging to the same group of Vendsyssel brick churches as St. Hans’s.

In the middle of the 1400’s the big tower was erected, and to the south side of the nave, east of the porch, was built a large, beautiful chapel to the Holy Virgin’s mother, St. Anna, who was one of the most popular saints of the Middle Ages. During the following three centuries the town was stamped with hardship and poverty, so no structural alterations of the church were undertaken. But at the end of the 1700’s, when the town was again beginning to prosper, the topmost part of the tower was rebuilt, and simultaneously all the gables of the church were supplied with swung, North-Jutland baroque crests.

The font is Romanesque, hewn in Gotland limestone. The large altar-piece in auricular style, with a delicately designed scene of the Great Supper, was executed in 1651 by Christian Billedsnider (i.e. wood carver) and ornamented in the following year by Johannes Kontrafejer (i.e. portrait painter) from Aalborg.