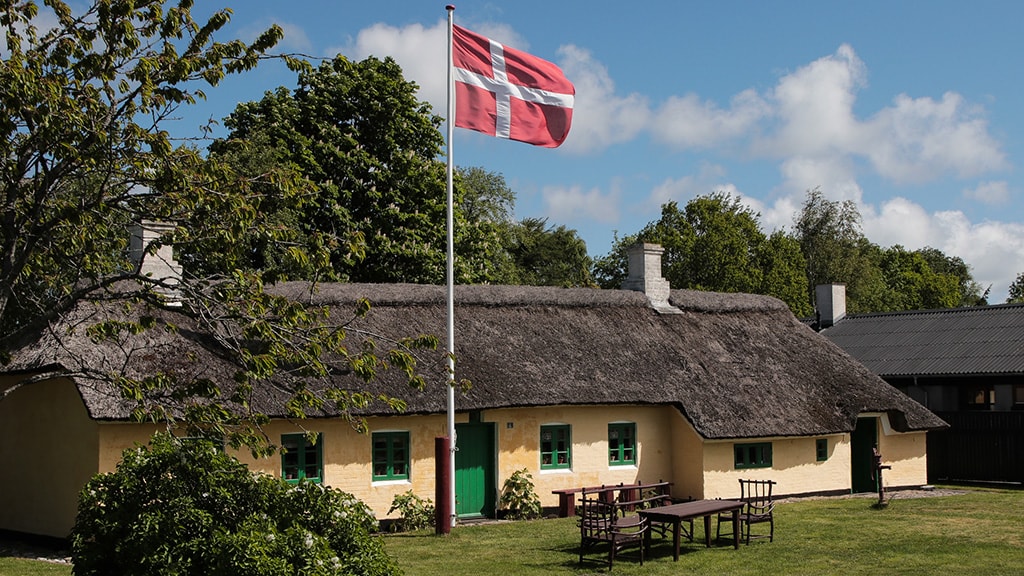 THE FARMHOUSE:
It is the oldest house in the village. Aalbaek has only got about 1.800 inhabitants.
The construction of the house is very interesting, because it is most wood – economical. Almost every piece and wood in the house has been picked up on the beach as a gift from the sea.
When the house was built about 1700, it was impossible to find a decent tree in the sandy and dry landscape up here, so wood was very expensive, and the people were very poor. If you were lucky, you might be able to find bushes the twigs of which might be used to fill out the quadrangles of the half – timbering walls, before they were coated with clay, but the timber came from the numerous ships that ended their journey among the roaring waves which make their never ending attacks on the westcoast of Jutland.

THE NAME OF THE HOUSE
The name Simon was not a first name but in this case a family name. Simon was the latest wellknown owner of the house, and Raaling means farmhouse. Until the thirties there was a parallel building holding barn and stables.
To get bread on the table the poor owners of such a small farm had to combine farming with fishing and craftmanship.

THE START OF THE MUSEUM
1991 the house was threatened by a foreclosure auction and a following demolition. A group of Aalbaekkers gathered to make a rescue – plan.
Through local donations it was made possible to buy the house and make a museum.
This development is still taking place, and it marches very slowly, as we only get public support for part of our mortgage – pays. So we have to collect money for our small museum, wherever we can find it.