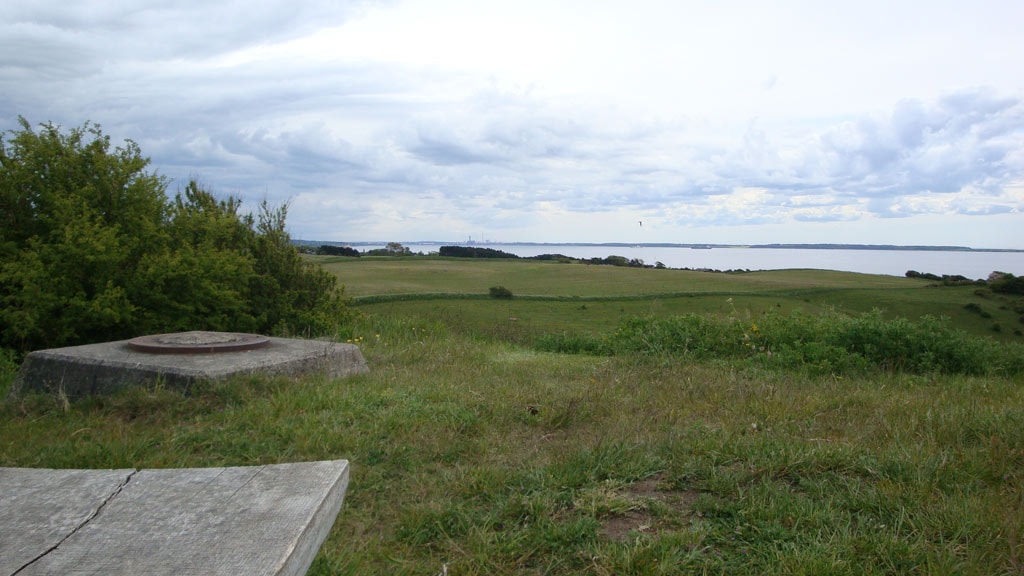 Take a walk up Vågehøj. From here you can enjoy the view of beautiful Vindekilde and visit the bunker beneath the mound with its exhibition of items from World War Two.

The view from Vågehøj, 56 metresabove sea level, is magnificent. On a clear day you can see as far as the islands of Fyn (Funen) and Samsø as well as Mols in East Jutland.

According to ancient legend, King Valdemar Sejr organised a merry hunt in the forest that once covered Vågehøj. The hunt came to a sudden end when the King's son, Valdemar the Young, was hit by a stray arrow which pierced his heart.

Stricken by grief, the King ordered that not a tree should remain standing to cast its shadow on the damned soil where Denmark's hope had perished. Crackling fire soon consumed the entire forest. Røsnæs was thus left desolate and windswept for hundreds of years.

The concrete foundations and traces of electrical installations visible on Vågehøj stem from WWII defences.