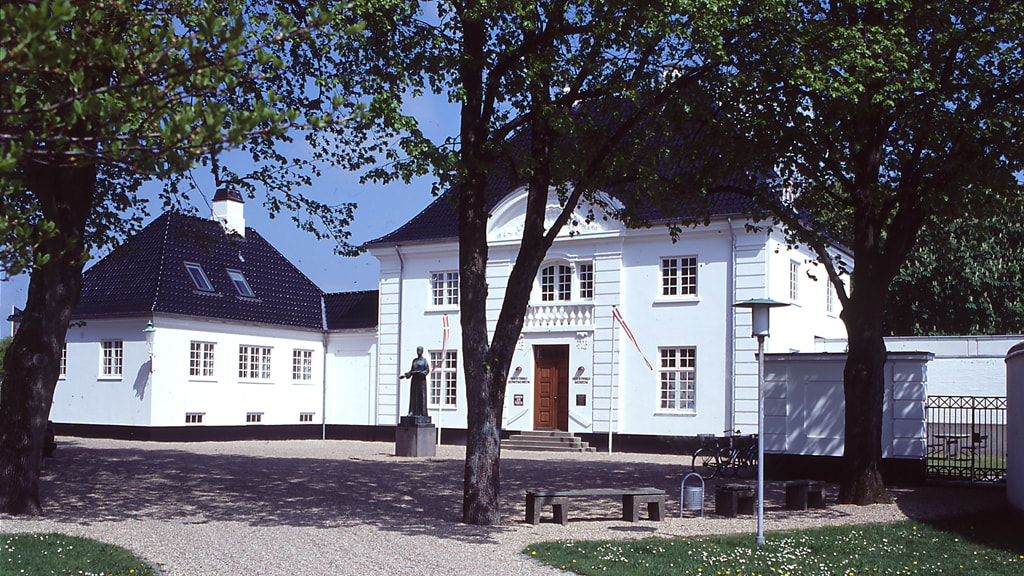 The villa in the center of Holstebro was built in 1905 and was owned by the Faerch family until the Municipality of Holstebro bought it in 1967 to use it as a central part of the upcoming museum complex.

The villa was designed by Architect Andreas Clemmensen and is built in the Palestine style, a style that was very typical of the period 1900-1910.

Architect Hanne Kjærholm with a great feeling built for this house when in 1981 the Art Museum expanded and moved over in the new building.