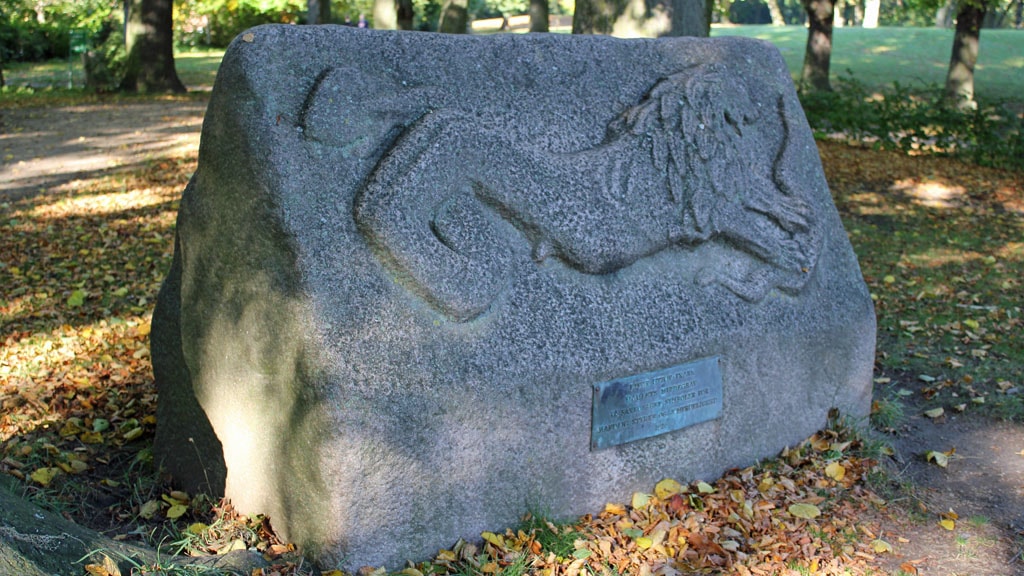 In the park behind Marienlyst Castle lies the monument Hamlet's Grave. A large granite stone is shaped like a sarcophagus. The monument is a memorial grave for Shakespeare's Prince Hamlet, erected in 1926 in connection with Helsingør's 500 years jubelee.

The monument is designed by sculpturer Einar Utzon-Frank. On one side you se a lion-like fabulous animal - the symbol  of the masculine (Hamlet). On the other side a cornucopia - the symbol of the feminine (Ophelia).

The Utzon-Frank monument is the fourth version of Hamlet's Grave in Helsingør since the 1700-century.