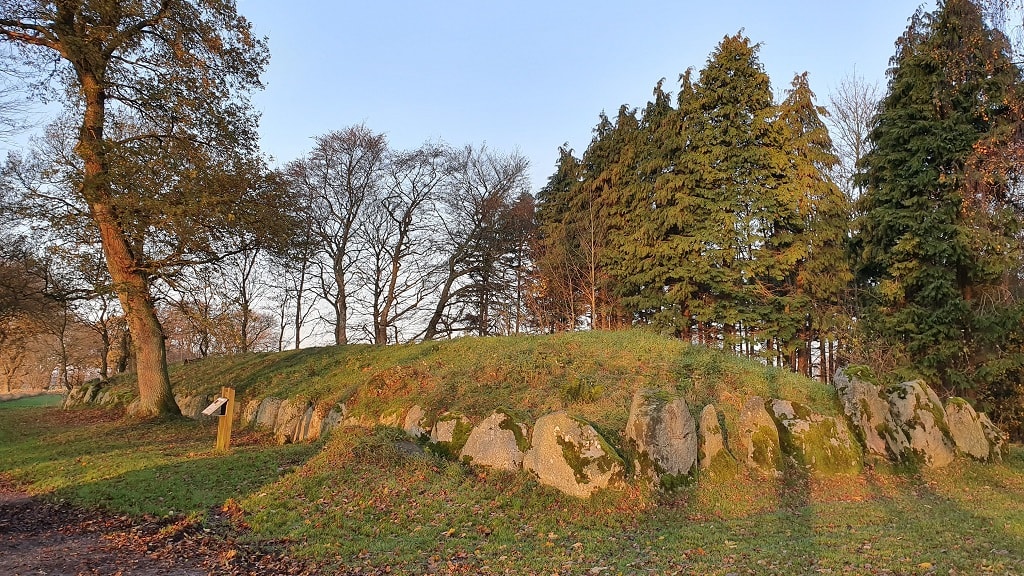 ”Kongehøjen” is one of the most beautiful and well-preserved Stone Age graves we have in Denmark, which makes it worthy of its name.

Excavations in 1961, and the following restoration of the long dolmens, showed it was built in the middle of the New Stone Age, approx. 3.200 B.C. So it was erected long before Denmark became a real kingdom, which was during the Viking Period. The most interesting aspect of the long dolmen, is the almost undamaged stone chain (1) with a total of 62 stones along the foot of the mound, as well as the two very well-preserved tombs, which is hidden in the mound. A reason for the unique condition of the dolmen could be that it was listed already in 1892, and perhaps also because the stories say that it would bode ill for those who broke the stone chain or disturbed the area in any way,